News Round-up for Week of January 3 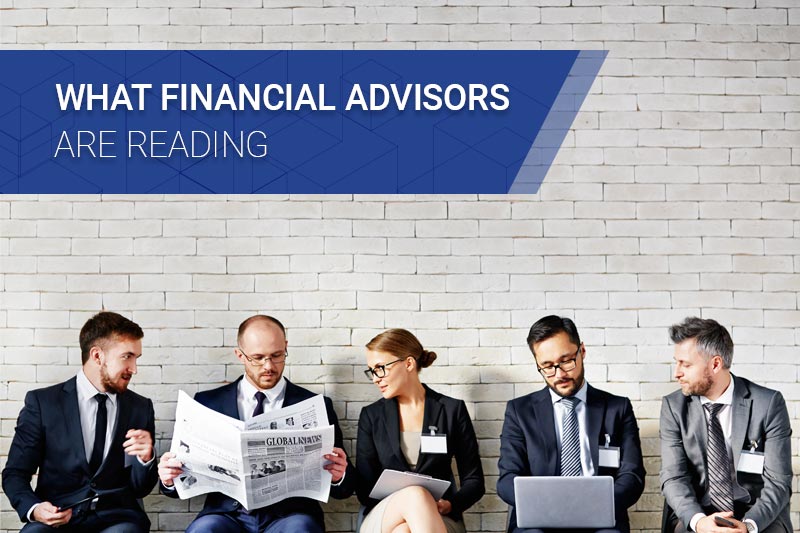 Here’s our weekly round-up of articles for and about wealth and financial news.

2017: Calm Before the Storm or Business as Usual?

A survey conducted by Trust and Estates of more than 700 attorneys, financial advisors, CPA has found that despite the uncertainty of the year ahead (largely due to the unpredictability that comes with President-elect Donald J. Trump taking office), 78 percent are more optimistic now as opposed to last year regarding the future of their practice.

The Problem With Boomer Retirement Plans

For many retirement-age baby boomers, retirement is getting postponed. Two-thirds of boomers report they want to continue working beyond age 65, according to a recent survey of workers by the Transamerica Center for Retirement. The TCRS study says one-fourth of boomers expect to keep working as long as possible in their current position until they can’t work anymore.

If you have ever been inclined to try to improve your retirement planning prospects by closely tracking the financial news and then shifting your strategy to stay a step ahead of the market’s twists and turns, 2016 seemed to provide a bounty of opportunities. But don’t let predictions about the market and economy divert you from developing a comprehensive plan designed to achieve financial success over the long term.

Lack of Clarity No Reason to Delay Tax Planning

With the incoming Donald Trump administration, how families approach everything from philanthropy to financing new home purchases and real estate deals needs to be reviewed, say advisors who are already starting to prep clients for tweaks in their tax-planning strategies.

The higher up the income ladder you go, the smaller the proportion of women, and it’s only getting worse, according to a New York Times article. While the number of women in the top 1 percent of income earners increased throughout the 1980s and 1990s, women have accounted for only 16 percent of this group for the entirety of the last decade.

You can calculate your tax savings and overall plan accumulation using our #DefinedBenefit plan calculator. Try it… https://t.co/oAKkC4W4Sx

Here is a list of different types of #retirement plans – including Defined Benefit pension. Which one is right for… https://t.co/3s5rLSqNBe

Clients are looking at the world differently and #advisors are here to help. https://t.co/POMSnpfbi9

The increase in #smallbusinesses have created greater interest in retirement planning strategies for the self-emplo… https://t.co/xxDGXvjzvI