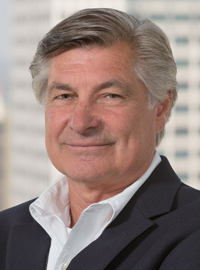 Richard Collins is recognized leader in the pension industry and has a long track record of success in managing third-party administration companies. Prior to co-founding Dedicated DB, Mr. Collins was President of RC & Associates, a consulting firm that worked with pension firms across the United States. Before that, Mr. Collins was President and CEO of Associated Pension Consultants, a top-ranked, third-party administration firm. While at Associated Pension Consultants, he grew the firm into the largest third-party administrator in the West, with more than 4,000 plans. Mr. Collins is an Accredited Pension Administrator (APA) since 1993 and a former President of the National Institute of Pension Administrators (NIPA) from 1997-1998. In 2004, he received the NIPA’s Lifetime Achievement Award for his many years of volunteer service and contributions to the pension industry. He is also a member of the American Society of Pension Actuaries (ASPA). Mr. Collins earned a Bachelor of Arts Degree in Economics and Political Science from California State University, Chico. He completed graduate studies in political economy at Leeds University, England.